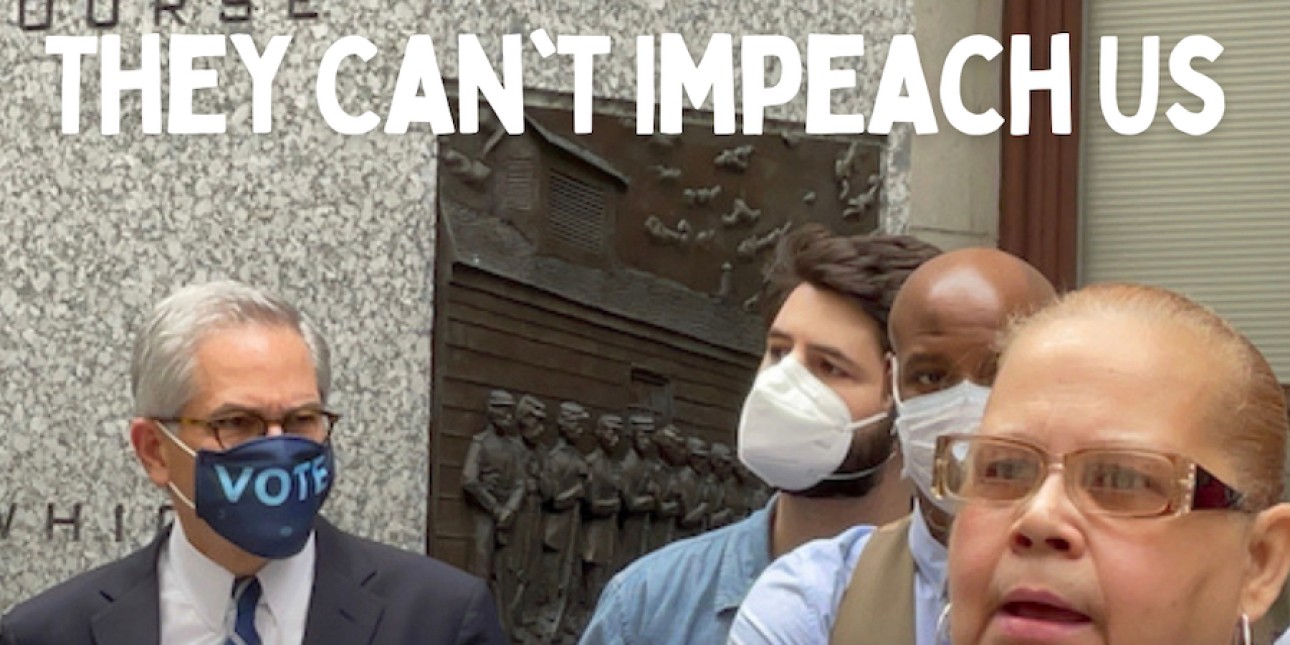 Less than two months away from an immensely consequential election, some elected officials are trying to divide us. They are leading a sham impeachment effort against our District Attorney who was overwhelmingly elected by Black and Brown Philly voters and is accused of not one single criminal act. Through their actions, they are telling us that our voices don’t matter and that they alone should decide who holds office in our city. On Thursday, September 29th and Friday, September 30th the House Select Committee on Restoring Law and Order will hold hearings at the Navy Yard against DA Krasner with the aim of removing him from office and disenfranchising Philly voters.

But we say voters decide. THEY CAN’T IMPEACH US!

Register here and join us on September 29th and 30th at 9:30 AM at the Navy Yard as we defend our city, the District Attorney PHILLY VOTERS ELECTED and most importantly our right to democratically choose our elected officials. In response to their hearings we will bring an actual circus full of performers in order to raise a mirror to the political circus of the committee's hearings. And that’s not all. We’ll tell our truths as we highlight the many things our communities desperately need to be safe and whole and that the PA General Assembly often keeps out of reach. We will make it clear that no one gets to decide for Philly. We decide for us!

This is an all hands on deck situation. After this committee holds its hearings, the PA House of Representatives will likely move to impeach DA Krasner in the House of Representatives in October and then the matter will proceed to the Senate where -if they uphold the impeachment- he will be stripped of office. Join us as we let our elected officials know that we will stand for not one of them voting for this impeachment which is nothing less than voter disenfranchisement. The time to stand and be counted is now. Let's defend our voices and our votes together. Join us on the 29th and the 30th. And contact your representatives today and tell them to vote no on the impeachment of Larry Krasner.

There are people in Pennsylvania who want to politically disenfrachise us and make it more difficult to vote to increase their power. There are people...