Community Self-Defense at the Ballot Box: Our 2022 Election Analysis 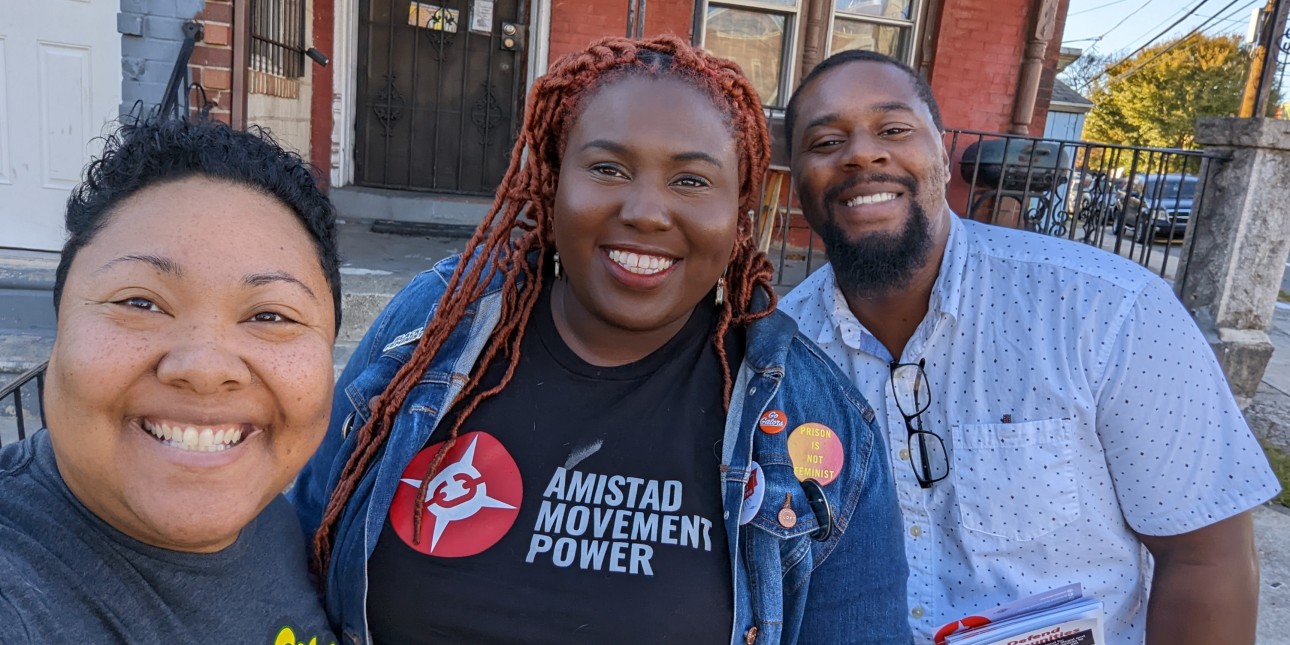 The right to legal abortion is alive in Pennsylvania and attempts to resurrect ‘tough on crime’ politics have—in this moment—been defeated. This Tuesday, we were victorious in defending our communities at the voting booth.

Mastriano, DelRosso and Dr. Oz not only sound like a trio of supervillians, indeed they are a sinister trinity. If they had won—and in particular if Doug Mastriano had won the governor’s seat—abortion would have been criminalized in Pennsylvania and dangerous new mandatory minimum sentences, such as a 25 year minimum sentence for ‘drug delivery resulting in death’ that he had championed—would have been signed into law. Carrie DelRosso would have used the seat of Lt. Governor to slam the door shut at the Board of Pardons, which in recent years has commuted over 50 life or ‘virtual life’ sentences and begun to restore its historical role as a place where some can find mercy and freedom. At the national level, Dr. Oz would have united with Trump Republicans and aided in their efforts to subvert democracy and build right wing power.

It’s correct that we pulled out all the stops to thwart every one of their efforts. Amistad Movement Power organized volunteers to knock countless doors in Germantown and West Philly and we are proud to have mobilized voters to resist both efforts to further marginalize Black and Brown communities resisting mass incarceration and to control the bodies of women and gender non-conforming people.

But celebrating is not enough. What do we learn from this and how does that inform our next moves? One thing is clear to us. The right is attempting to resurrect the ‘tough on crime’ attacks of yesteryear, but they aren’t as dominant as they once were.

Dr. Oz spent millions on TV ads targeting Fetterman for commuting the sentences of lifers at the Board of Pardons and his support of sanctuary cities. Similarly, Josh Shapiro was targeted with billboards that coupled his face with the phrase ‘Do You Love Violent Crime?’ But this isn't the 90s and these attacks—while damaging—weren’t sufficient to bring the far right to power.

Interestingly, all Democrats running for statewide office did not shy away from criminal justice reform and in particular second chances. They in part embraced it. John Fetterman highlighted his work at the Board of Pardons and even hired two commuted lifers, the Horton brothers, to work on his campaign. When Dr. Oz demanded he fire the Hortons; he instead embraced them. Josh Shapiro, who once had a fraught relationship with criminal justice reformers, came together with them and unveiled a criminal justice platform with a number of substantial commitments and put out a video featuring a commuted lifer's sister campaigning for him. Austin Davis in his run for Lt. Governor tweeted out support for second chances at the Board of Pardons which he will now chair. These are promising developments that point to a new calculus for the mainstream of the Pennsylvania Democratic Party at the state level.

In observation of this trend, as well as DA Krasner’s resounding 2-1 victory in 2021 for a criminal justice reform agenda amidst a historic homicide spike, we proclaim that ‘tough on crime’ is wounded. This does not mean that it cannot be resurrected, but it does mean that—even with millions having been pumped into tough on crime attack ads—its once dominant power has waned.

We must however be careful, because our opponents are savvy. Republicans in the state house forwarded an Impeachment effort against DA Larry Krasner to both sow division in the Democratic party ahead of the election and to help cultivate the atmosphere where tough on crime attacks would be effective. This strategy was carried out in a context where voters—several years into a gun violence crisis brought on by the pandemic—were understandably anxious about violent crime. To be clear, the far right is playing a game of misdirection with the gun violence crisis. The root of most anti-social violence is concentrated poverty and wealth inequality. However, by playing on the fears and anxieties of voters, the far right is trying to create a false association between criminal justice reform and the current pandemic fueled gun violence spike. If poverty and wealth inequality are in fact the main drivers of crime, we must pin the responsibility for violent crime on those who drive the policies that make the rich richer and the poor poorer whether they be Republicans or Democrats.

Another thing we observe from this election is that the majority of Pennsylvania is against the extreme anti-abortion agenda of the Republican party. The attempt to change the constitution of Kentucky was the first signal that there were fissures even within the coalition of the Republican party on this issue. With the gubernatorial election being a partial referendum on this issue we now see Pennsylvania voters drawing the line and refusing the criminalization of abortion that would funnel even more of our community members into jails and prisons. This mirrors fights across the country, as organizers for reproductive justice celebrated victories in Kentucky and Michigan.

We take both of these observations as positive signs for movements building people power in Pennsylvania and beyond.

Where do we go from here? We keep pushing, we keep progressing and we keep building.

We must push the legislature and now Governor-elect Shapiro to make good on his promises to end felony murder and create geriatric parole. We must continue to push the Board of Pardons to commute more life and ‘virtual life’ sentences so people can be reunited with their families.

But if ‘tough on crime’ is—in this moment—defeated as we assert it’s up to us to craft a bold transformative, public safety agenda. The root of most anti-social violence is concentrated poverty and wealth inequality. We must be visionary and brave and demand that society address these problems at their root and completely end mass incarceration. We must demand and create public safety alternatives such as community based violent interrupter programs, well-resourced restorative justice programs to quash beefs in our neighborhoods, living wage jobs programs providing meaningful employment and full funding for community institutions like public schools, rec centers and libraries.

We invite you to join us and our sister organization Amistad Law Project to participate in the Alliance for a Just Philadelphia’s People's Assembly this Saturday, November 12. The Alliance has been working hard to launch an updated People’s Platform for a Just Philadelphia ahead of the 2023 city election season. The People’s Platform represents a grassroots vision for investing in the services and public institutions all Philadelphians need while divesting from the broken systems that hurt us all. Register for the People's Assembly today!

The future of our communities is within our grasp. We must build the movements and political power to take hold of it.

Defending Our Communities by Mobilizing Our Neighbors to Vote

Every weekend since the beginning of October we’ve been knocking doors and having vital conversations with our neighbors about how we need to defend...

The choice in the November election is stark. The far right Republicans say they stand for freedom, but they want to make abortion illegal and create...