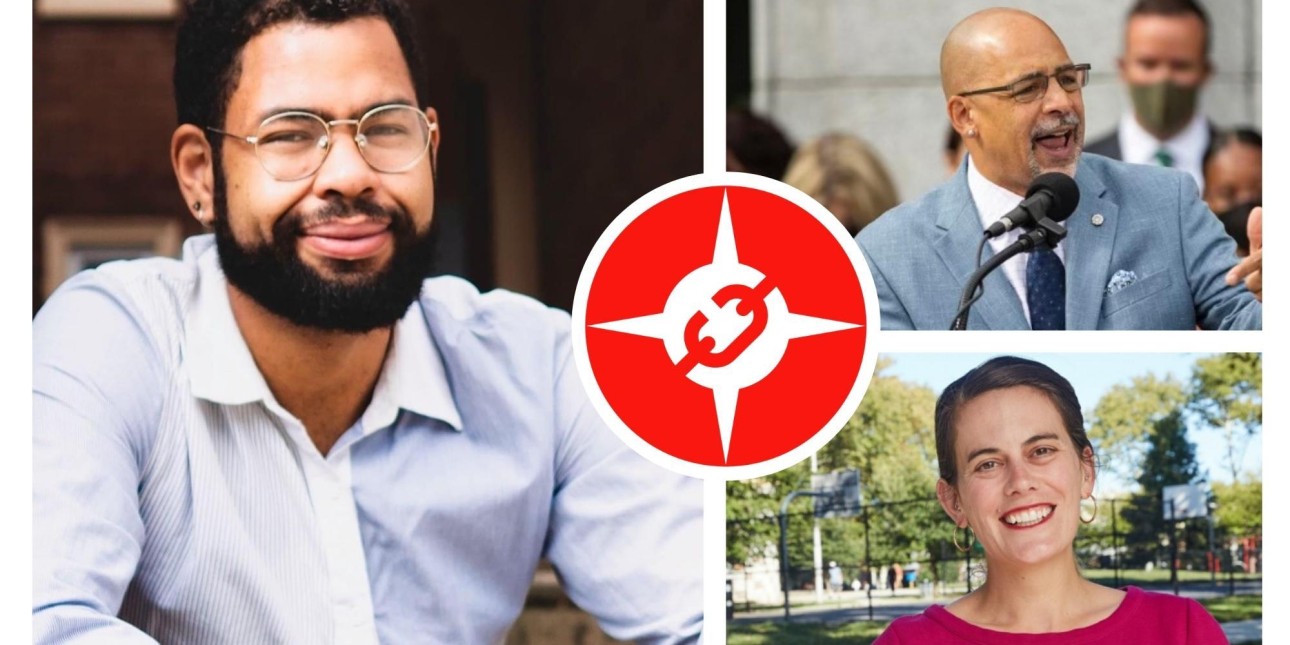 We celebrate our endorsed candidates who won their elections. Chris Rabb, Elizabeth Fiedler and Rick Krajewski all handily defeated their challengers. In doing so, they beat right wing billionaire funder Jeffery Yass who spent big money to fuel the campaigns of their opponents and also the Philadelphia Democratic City Committee who sought to undermine progressives.

Rick, Liz and Chris have been strong voices for second chances and against the practice of death by incarceration. We are lucky to have them continue in Harrisburg to fight to end mass incarceration and the fight to get our communities the resources they need to thrive.

The primary was a powerful day for the growth of the left across Pennsylvania. Carol Kazeem beat the Kirkland dynasty in Chester and Izzy Smith Wade-El won against a campaign that attempted to red-bait him. Both candidates were endorsed by our friends at Free The Ballot and their elections will bring more bold, Black progressive voices to Harrisburg.

Likely the largest win for our movement occurred out west when Summer Lee was able to outmaneuver a multi-million dollar hit campaign against her to become the Democratic nominee for Congress. This fall she will become the first member of the Squad in congress from Pennsylvania and we are certain she will help shift the political context even further toward movements fighting for justice and equality.

We had some losses this cycle as well. Cass Green and Paul Prescod ran valiant races that did not ultimately succeed. We have much to learn from their efforts and we send love and appreciation for their transformative campaigns. The future cannot be built only upon victories. It takes a myriad of efforts and experiments to move us forward.

This year's primary was chaotic, but perhaps like the unusual weather we see more of every year, it's just a sign of the times and reflects a changing world with higher levels of polarization. The  lines are getting drawn more clearly.

The party establishment in Philadelphia and Allegheny counties spent the better part of the Spring trying to beat back the progressive movements in their respective counties by unseating progressive candidates. It’s joked about in Philadelphia that the Democratic City Committee is an ‘incumbent protection racket’ yet they seemed to have little issue with encouraging and supporting challengers to progressive state legislators. It should also be noted that in the last primary they sought to wound our elected progressive District Attorney by refusing to give him, as an incumbent, the endorsement in his primary. This goes beyond ‘progressive’ vs. ‘centrist’. Unseating Rick, Chris or Liz--all who have done significant work in the struggle to bring rehabilitated people home from PA state prison–would do real damage to efforts to win second chances and bring people home from state prison. Our lives and our communities are at stake here.

In Philadelphia in particular, there was a strong alignment between right wing donors and the centrist leadership of the Democratic establishment. Jeffery Yass, who was in the news for his huge contributions and influence in the Republican primary, was also the primary funder of opponents to progressive candidates in Philadelphia supported by the Democratic City Committee. A new anti-progressive nonprofit dedicated to elevating business interests, A Greater Philadelphia, gathered a number of centrists together with Republicans, but it splintered when it unleashed a slew of tasteless and ineffective hit pieces on progressive candidates. We need to pay attention to this dynamic and treat it as a serious threat. The establishment machine and the right wing are working in tandem to fight candidates who are champions for second chances and our communities because they want to stay in power. In this primary election we refused to let them do so.

Our movements have a lot to figure out on the road ahead. While it’s important to watch the moves of our opponents, we need to be focused on the moves that we can and must make. We believe that the number one thing we can do to ensure that we are represented by people accountable to movements for justice and equality is to get more people organized and help train new leaders. Our power is ultimately in building a bigger and more leaderful movement. Whether it is ending death by incarceration, reallocating the wealth in society to meet human needs or deepening and expanding our democracy, the path to win is in the people.

We must keep that in mind this fall as we fight for our lives. If a far right fanatic such as Doug Mastriano captures the Governor’s seat, we can rest assured that a pathway for second chances for people in PA prisons will be cut off for years. If we allow a candidate, such as Fetterman who has based a good part of his recent political career on fighting for second chances at the Board of Pardons, to be defeated by the right because of those stances we will have allowed our movement to be beaten back. We cannot let them turn us around; we cannot lose ground. We will keep pushing, keep progressing.